Stop. Listen! Do you hear the whispers of ovarian cancer? This insidious disease assaults over 20,000 unsuspecting women per year and is the most lethal of all female cancers. Since there are no screening tests, it is often diagnosed in the latter stages. As an oncology nurse, it’s a tragedy I’d witnessed too many times. […] 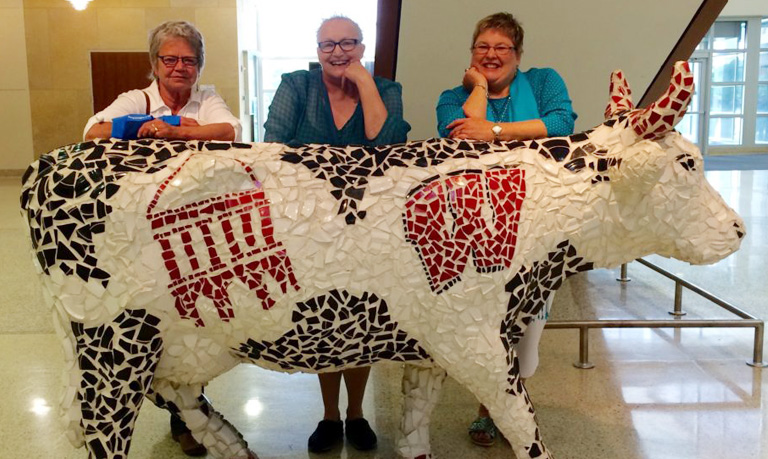 Coffee in hand, the 3rd year medical students wander into the conference room and take their seats across from us. We are ovarian cancer survivors. Today, the three of us are presenting to their class. We follow the guidelines from Survivors Teaching Students: Saving Women’s Lives® program sponsored by the Ovarian Cancer National Alliance. Our […] 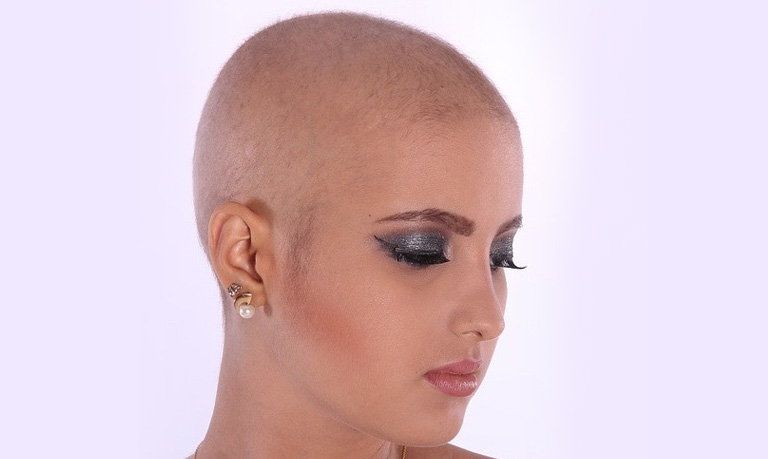 “Bald is beautiful,” said the young woman on the television screen as she proudly displayed her shaved head. I was not alone. She had also braved chemotherapy as a result of ovarian cancer. During the entire course of my treatment, television stations aired this commercial. I held onto this message like a child clutching a […] 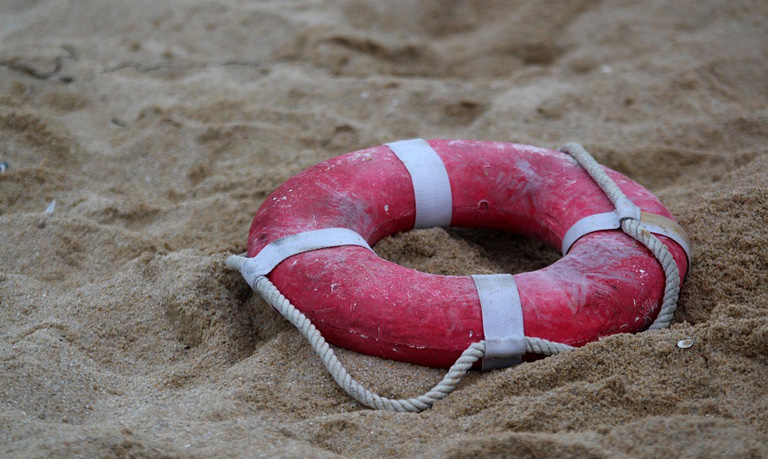 Today we celebrate National Cancer Survivors Day. Nearly 10 years ago ovarian cancer plunged me into its murky sea. Sometimes I felt like I was drowning. Choking, sputtering, I struggled to lift my head above the waters of cancer and chemotherapy. Breathe, breathe. But once again, waves of fear pummeled me as the side effects […] 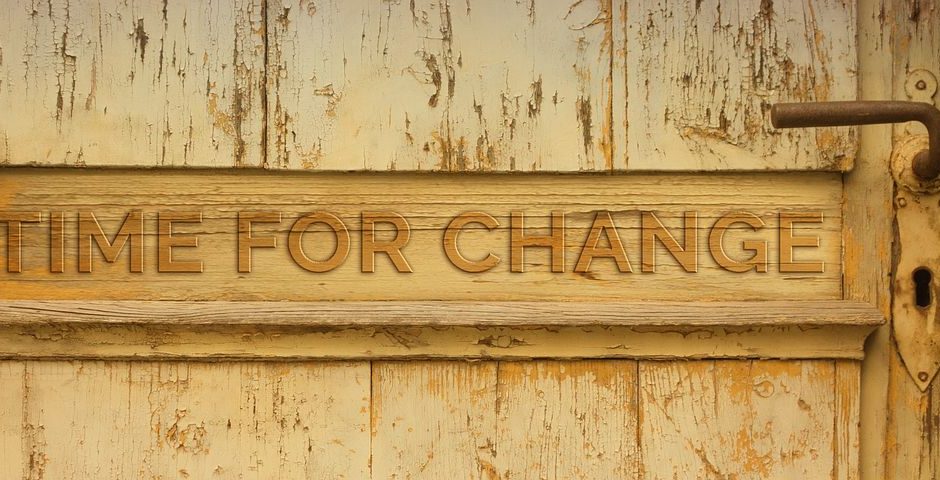 As a former oncology nurse, I had vowed that I would never undergo chemotherapy. I had witnessed too many devastating side effects suffered by my patients. But when I was diagnosed with ovarian cancer, I knew that like my patients, I needed to go through the process. Dark shadows of fear skulked the path of […] 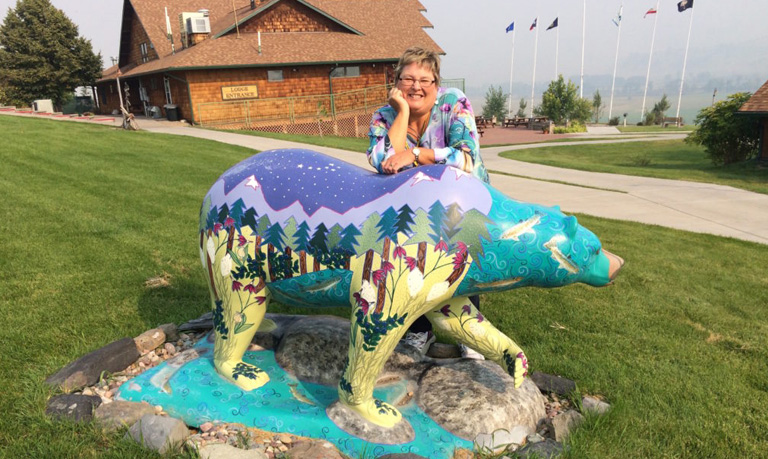 This week is American Camp Week. Nestled in the Rockies near Missoula Montana, Camp Mak-A-Dream exceeded expectations for ovarian cancer survivors last summer. Cabins dot the hillside, and there we bunked together. After a full day of activities, we encouraged one another as we shared our cancer stories. We tackled the physical challenges offered by […]

Parade the Pink—Teal Aware October is breast cancer awareness month. A parade of pink: sportswear, jewelry, ribbons, marathons, lights. So why am I sporting teal? Researchers have discovered a link between breast cancer and ovarian cancer. Two genetic mutations, BRCA1 and BRCA2 have been associated with an increased risk for breast cancer. But did you […] 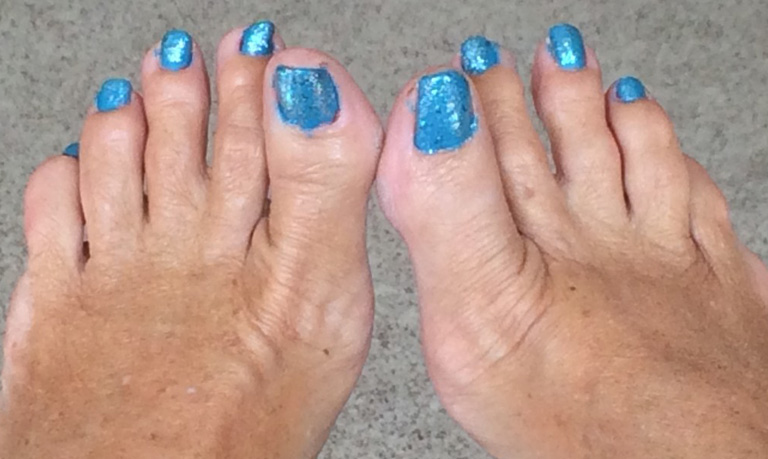 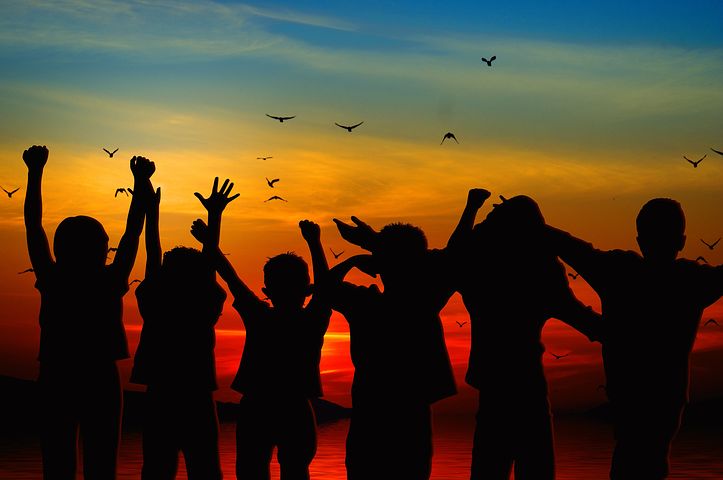 Today is National Cancer Survivors Day. I survived ovarian cancer. I am a survivor. I had observed the ravages of cancer and chemotherapy inflicted upon my patients as an oncology nurse. But I joined their ranks when ovarian cancer flung me to the other side of the bed. Nursing scrubs and shoes gave way to […] 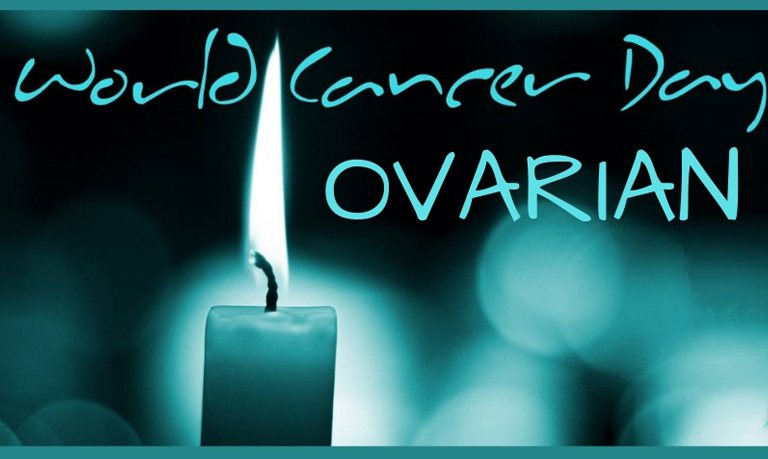 Today the world unites to support ovarian cancer awareness. My last memory of the world uniting revolves around the Olympic games with its parade of trained competitors proudly waving colorful flags representing their respective nations. I sat in front of the television with my eyes glued to its screen, cheering my favorite athletes on to […]