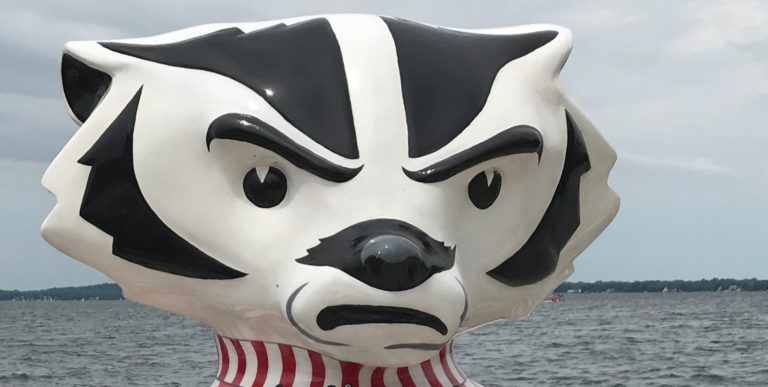 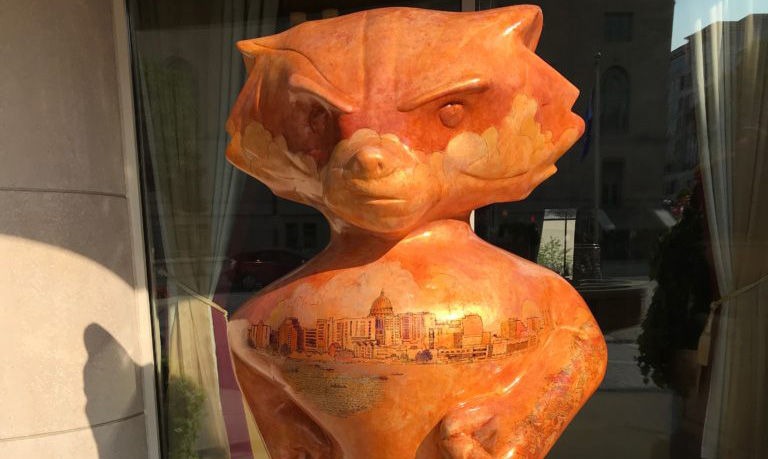 August 22 In my quest for Bucky, I plugged greedy meters, drove on probable footpaths, parked in permit-only lots and flipped my flashers in “No Parking” zones. I circled the Capitol, trekked through campus and climbed stairs equivalent to a stair-stepper workout. A Fitbit would have logged a record number of steps. I trolled Facebook, […] 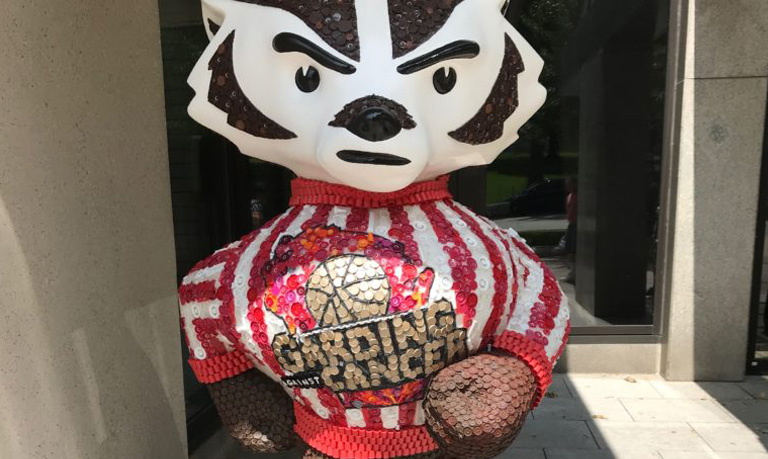 I stopped and consulted my map. A bearded man sitting on a bench called out to me, “Are you looking for the Buckys?” I nodded. He pointed. “Well if you walk that way, there are a couple of Buckys and then you continue around the outer rim of the Capitol. After that you go around […]

Since I was close to the polar bear exhibit, I thought I could finally catch a glimpse of the polar bear. Once again, no polar bear in sight. I trudged back up the hill toward another favorite, the lions. Exhibit closed. The pitter-patter of rain failed to discourage the various bikers in Olin Park. I […] 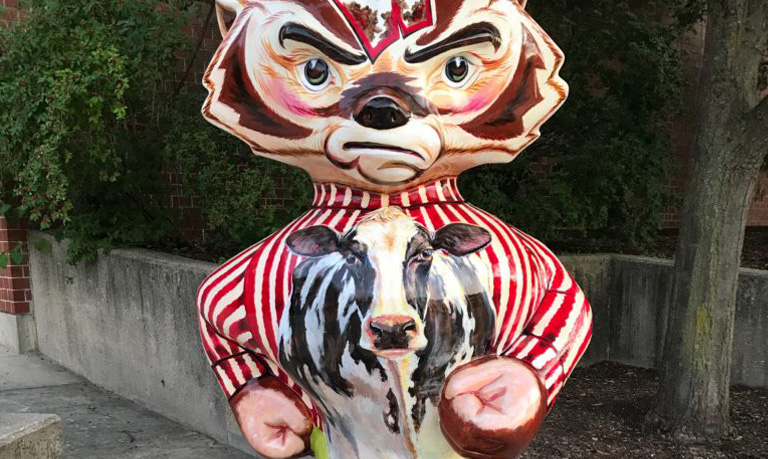 A luncheon in Fitchburg prompted the next leg of my Bucky quest. I wanted to track down the Buckys before the rain. 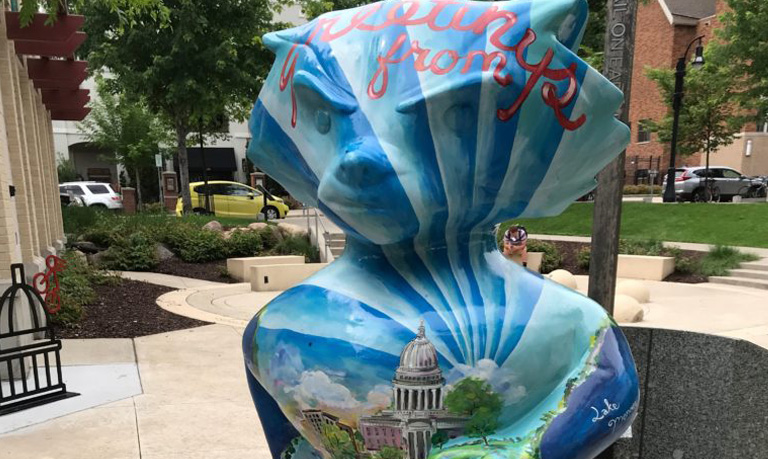 At the University Bookstore, I snagged a Bucky map and ventured into Buckyland. I met other Bucky seekers at the Union Terrace including several young ladies from Poland. We checked our maps, offered directions and exchanged cameras for photo shoots. A vacant platform stands next to the fountain at Library Mall. Where is “One Leg […]

Bucky On Parade Chronicles (Part I)

I had inadvertently stumbled upon Bucky On Parade, a total of 85 Buckys created by various local artists. For four months the Buckys would be displayed around the city and afterward many would be auctioned off for charity. From this point on, my vehicle automatically diverted to Bucky sightings. My car had caught the Bucky Bug. […]

My Quest for Bucky

“You’re not supposed to be here,” the man said. I glanced around the basement hallway. “But Bucky is here.” “There is no Bucky here.”  “But this is the address on my map,” I said, waving my Bucky map. As I headed out, I passed an office with a sign on the door, “Bucky is at […]