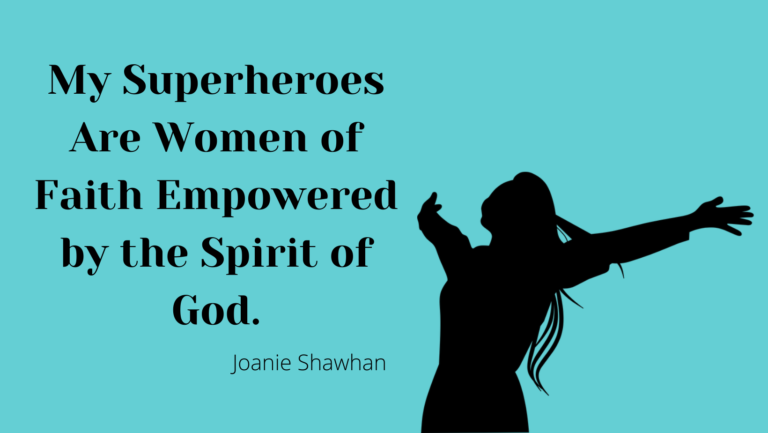 Superheroes use their extraordinary abilities to make the world a better place. But not all superheroes wear capes.

My superheroes are women of faith empowered by the Spirit of God. I am grateful to the Lord for the godly women he has brought into my life to mentor me. One in particular prayed for me and many others despite her poor health and constant pain. Her faithfulness, wisdom, and godly character offered me examples of love, hope, and courage that changed my life.

In teaching me the scriptures, she introduced me to the following women of faith. I devoured their stories of faithfulness in the face of opposition and even persecution.

How God has impacted my life through the lives of women I have known and those I never met!

Not all are missionaries or Bible characters. But these courageous women, spanning the ages, inspire me with their wisdom and offer me hope. Many would never consider themselves courageous or heroic. They challenge me, teach me godly character and provide me with a roadmap when I face adversity. Through their examples, I have learned to forgive, overcome obstacles, and love difficult people.

They make my world, our world, a better place. Many are unsung heroes of faith, the unseen, living quiet godly lives empowered by the Holy Spirit. But their works are noted in heaven.

These are the women I honor—my superheroes. They are followers of Jesus: everyday women who have faced challenges and overcome adversity. They are not clothed with superhero capes, but with strength, dignity, and joy.

Charm can be misleading, and beauty is vain and so quickly fades, but this virtuous woman lives in the wonder, awe, and fear of the Lord. She will be praised throughout eternity

Who are the superheroes of faith in your life?